Nigel tiptoed to where the girl fell, dropping a knee beside her small, lifeless body. The mangled crown of flowers around her head told him everything he needed to know about who she was. She was the enemy.

Everyone knew Freig men and boys were raised as savages who killed noble knights while they slept beneath their blankets instead of facing them in battle. Cowards were what they were. But no one ever told Nigel much about Freig girls—or more likely, he never listened to those bits of the knights’ tales.

She didn’t look any different from any of the other girls in his village or his sisters. In fact, she was just as pretty. Even prettier than many of them, he thought; but it was dark so he couldn’t really be sure and that was the sort of thing he could give a fig about.

The girl’s eyes sprung open, breaking into his revelry. Nigel flinched, but he brought his dagger to her throat.

Neither of them moved until she said, “Help me. Please.”

Read the rest on Kindle Vella 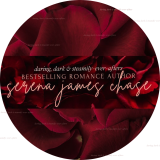